Georgiana qualified as an Orthodontic Therapist from the Royal College of Surgeons of Edinburgh in June 2019. She has been actively involved within the dentistry profession since 2013.

Georgiana did her practical training during the Orthodontic Therapy course in Guy’s and St Thomas’ Hospital where she currently works.

Georgiana is also supporting the student orthodontic nurses in Guys Hospital as a clinical witness in completing their record of competence.

Her work, dedication and care was highly recognised and awarded during her career.

Georgiana received an award in 2016 from the head of dental nursing in Guy’s hospital for dedication and excellence by going the extra mile and having a positive effect in the team.

She was awarded with distinction in June 2019 by the King’s Health Partners on completion of her Orthodontic Therapy training course.

Georgiana had the opportunity to develop further care and compassion by doing dental charity work for children in Cambodia in 2016.

She describes herself as an enthusiastic, honest and hard-working individual who likes to continuously learn and challenge herself.

Georgiana’s motto around she guides all her career is “Treat your patients as you would want your family or yourself to be treated”.

Should you choose a Specialist Orthodontist?
7 Key Questions… 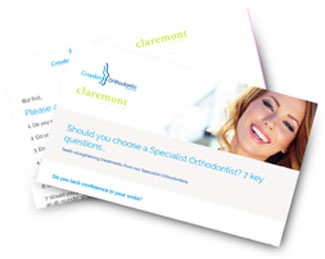 We are currently offering a full clinical assessment including X-rays & 3D scans at a low fee of £25 with further discounts on ALL treatments!

We also offer a FREE complimentary consultation  with our treatment coordinator. Contact us today to book your appointment.